Just had a flurry of emails which I need to share.
Hope you can help with some of them!

1. Can anyone help transport a Chihuahua from Newcastle to Kent? I'll pass on the details!

2. Were you moved by the Pedigree Dogs Exposed Documentary? Do you think that the director, editor, writer Jemima Harrison deserves some reward and recognition for bringing these important issues to the public's attention?
Just had an email in suggesting we all nominate her for a Woman of the Year award. Here's how...
Jemima took two years to make this film and it really was a labour of love. Her other projects stick to budget, but this one certainly didn't!
While you're at it, maybe fill in a form for Carol Fowler, too? Another inspirational lady.

3. Got room for a Rolo? Got this email from Mina while I was on holiday and sadly couldn't copy and paste on my Blackberry or see the pix. 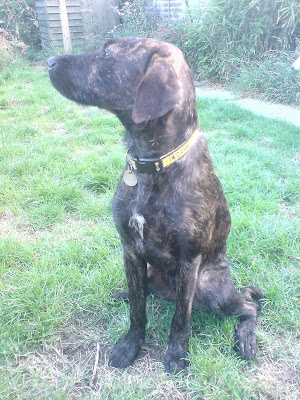 "I realise your blog is very busy right now, but if you find a space for a dog that needs a home, please consider Rolo. Normally I wouldn't ask, but he was turfed out of his original home along with his three brothers and three breeding bitches three days before Christmas last year as they were having visitors Christmas day and the alternative to rescue was to be euthanized I took in Rolo and Pongo (Click here for more pix), although Rolo moved to another foster as they were so scared of life that they had to be separated. All the boys found a home early this year, but Rolo's new owner went into hospital and he was returned to a different foster home. He's been moved around between foster homes ever since, although I knew none of this until last week when I heard he had to be moved again. He's a medium height muttley with a Staffy head and a lurcher body! He's very placid and quiet, and so sweet natured! He's lived with kids as young as five and with other dogs.
(Click here for more details) 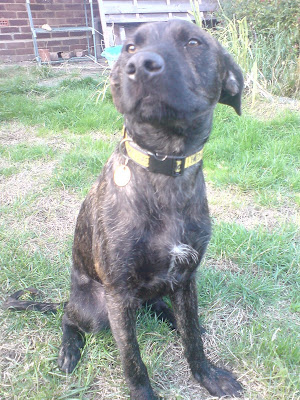 Linda Ward said…
Rolo went off to his forever home yesterday, thanks so much.

He's looking forward to family life with another dog for company and lots of long walks to the pub with new dad.
12 September 2008 at 09:52