When you say rabies I don't automatically think of Leona Lewis, but bless her, she has volunteered to be the face of the WSPA campaign. Here's more from WSPA... 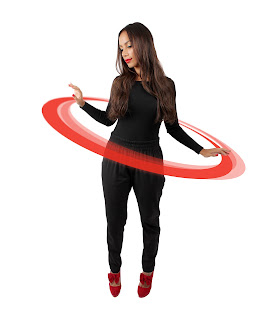 Annually, more than 55,000 people around the world die from rabies and up to 20 million dogs are needlessly and cruelly killed, often in misguided attempts to control the disease.

WSPA is calling on governments worldwide to tackle rabies through the only humane and effective solution: mass vaccination of dogs. WSPA is launching its Red Collar campaign with a project in Bangladesh, supporting the national government to implement a large scale vaccination campaign in Cox’s Bazar, which will save thousands of dogs in its first year alone and pave the way for a nation-wide vaccination campaign.

Ray Mitchell, International Campaigns Director, WSPA said: "Rabies poses a serious threat to both human and animal populations. When confronted with the problem of this fast-spreading disease, national governments sometimes turn to what they believe is the only way to wipe out rabies: wipe out the dog population. But with successful rabies control projects in countries across Asia and Latin America, WSPA has proven that a world without rabies is not a world without dogs.”

WSPA supporter Leona Lewis added: “I think it’s absolutely horrific that 20 million dogs are killed every year because of the fear of rabies when there is an alternative solution. I really want to help WSPA to spread the word worldwide and end the cruelty that is happening at the moment. By educating people and getting vaccinations out there, we’re not only helping dogs, but entire communities.”

Prof. Be-Nazir Ahmed, Director of Disease Control, Bangladesh Ministry of Health and Family Welfare said: “We look forward to working with WSPA. We will proceed in a united way to eliminate rabies without the need to cull dogs.”

WSPA’s solution involves teams of trained animal handlers to locate, catch and inoculate dogs against rabies, before giving them a red collar to show they have been vaccinated. These red-collared dogs become a visible symbol of the proactive measures being taken to protect communities from rabies without resorting to cruel methods of killing dogs.

Tourist hot spot Bali is a prime example of the success of WSPA’s cruelty free approach to rabies control. Last year, WSPA funded Bali’s first island-wide mass vaccination programme, which saw approximately 210,000 dogs vaccinated. In the first six months, the project saw a decrease of over 45% in cases of canine rabies, and a reduction of 48% in rabies related human deaths in comparison to the same period in the previous year. WSPA is now working with several governments across the world to implement similar models.

Ray said: “With our work in Bali, we offered proof that a humane alternative for rabies control was both practical and effective. Other governments are beginning to recognise this success, and we are now working in several countries to design similar models for rabies control. With the increasing support we are receiving from governments, international agencies and inter-governmental bodies, WSPA is confident of creating a world where we see collars, not cruelty, winning the fight against rabies.”

Find out more about the Red Collar campaign at www.wspa.org.uk